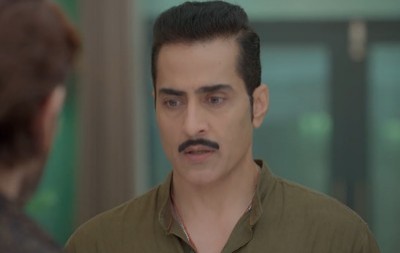 As seen so far, Vanraj vents out his anger at Kapadia's for being careless.

Vanraj runs to Kapadia house as soon as he learns about the accident.

Vanraj further confronts Barkha and lashes out at her for Kinjal's accident.

Though Kinjal will not suffer any major issues the accident will leave Vanraj furious.

Vanraj will go mad at Anupama as she fails to take care of her kids and grandchild.

Vanraj lashes out at Anupama

Anupama is left in tears and she keeps saying sorry for the tragic accident of Kinjal.

Vanraj further gets furious and informs everyone that his children will never visit the Kapadia house.