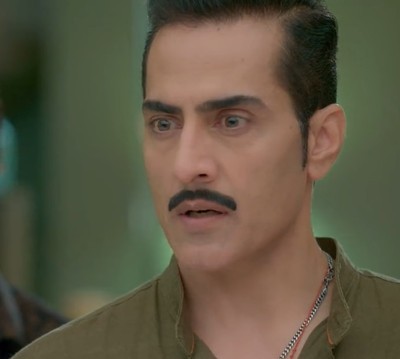 As seen so far, Barkha by mistake pushes Kinjal leading to the latter falling on her belly.

Kinjal screams out in pain while Vanraj gets restless on the other side.

Meanwhile, Barkha cries thinking that Kinjal has fallen because of her when Vanraj reaches there.

Vanraj lashes out at Barkha blaming her for being careless.

Ankush stands in support of his wife and argues with Vanraj.

Vanraj warns them to pray that Kinjal and her baby are fine or else he will not spare anyone.

In the upcoming track, Vanraj accuses Anupama that the baby had come to meet its grandmother but Anupama Kapadia stays here, and hence his daughter-in-law and grandchild will not visit Anupama's place.