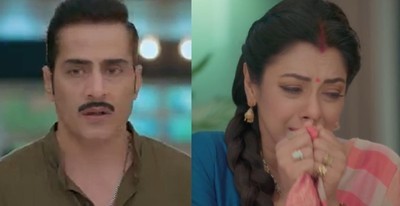 As seen so far, Pakhi sends the party pictures to Vanraj which leaves him worried.

On the other side, Ankush ass Barkha joined the party.

Later, Barkha bumps into Kinjal and the latter falls on her belly.

Kinjal screams in pain leaving everyone shocked and worried about the consequences.

Anupama and Samar rush Kinjal to the hospital while Vanraj gets angry learning about Barkha's push.

Now in the upcoming track, Kinjal will return back in a wheelchair and will be in tears.

Vanraj in anger restrict Anupama from visiting Kinjal or any of his kid.

Will Anupama be able to meet her children?