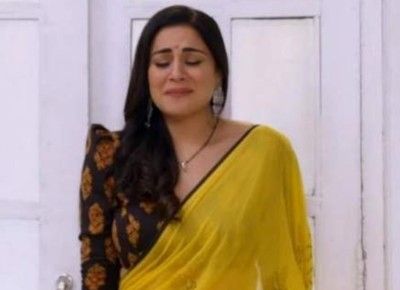 As seen so far, Preeta has married Rishabh after Karan's death to give security to her child.

Now in the latest track, Rakhi organizes a veneration at the house during which Preeta is told that Karan is alive and she shouldn't have married Rishabh.

Hearing this news Preeta runs away from there feeling guilty for marrying Rishabh knowing that Karan is alive.

Meanwhile, Arjun after his accident has recovered consciousness and calls himself Karan Luthra.

Arjun gets flashes of a marriage sequence at the hospital and he gets up taking Preeta's name.

Arjun's fiance Anjali tries to stop him while he reveals his identity.

What will happen now?

It will be highly interesting to see how Preeta's marriage to Rishabh puts them in front of Karan.