GHKKPM: Sayi heartbroken as Virat agrees for Pakhi to be the surrogate (Latest Spoilers Alert) 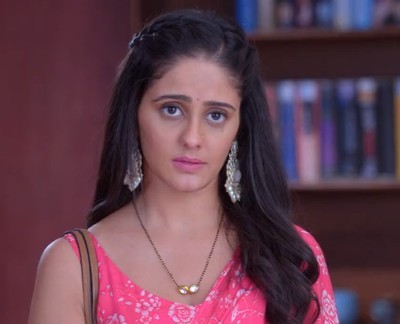 GHKKPM: Sayi heartbroken as Virat agrees for Pakhi to be the surrogate

Ghum Hai Kisi Ke Pyar Mein is all set to grab the viewer's attention with its spicy and dramatic storyline in the upcoming episodes.

As seen so far, Pakhi is trying her best to brainwash Virat and Bhavani.

Meanwhile, Sayi is against the idea that Pakhi will give birth to her child through surrogacy.

Pakhi will be seen emotionally manipulating Virat making him believe that she is the best choice for being the surrogate.

Virat agrees Pakhi be the surrogate

Pakhi will even talk about the fact that after Samrat's death she is emotionally very weak and this child will help her to come out stronger.

Meanwhile, Virat gets affected by this conversation and will agree with Pakhi's decision.

Virat will further reveal his decision to Sayi which will stir a new fight between the duo.

GHKKPM: Ghum Hai Kisi Ke Pyar Mein to stop one week ahead of...

GHKKPM: Pakhi ousts Geeta only to be Surrogate mother

GHKKPM: All doors closed for Patralekha no option for Dusri Shaadi also

GHKKPM: Doctor refuses Patralekha to be the surrogate mother