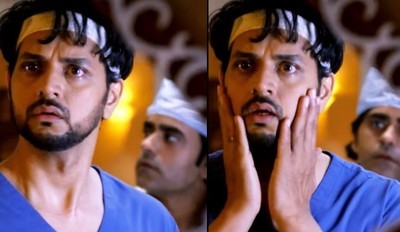 As seen so far, Pandit Vashishth claims that Karan is alive and he will return for Preeta.

Pandit further suggests the method to bring Karan back but she runs back to her room.

He regains consciousness and steps out of his room.

Further Arjun reveals to Karan how she found him and got her plastic surgery done as his face was not recognizable.

Now in the upcoming track, Karan sees the file he bought along which has Rishabh and Preeta's photos.

Karan misunderstands them to be murderers and decides to seek revenge on them.

Karan decides to find out more about Preeta's present and follows her.

Karan comes to know that Preeta has a daughter named Kavya.