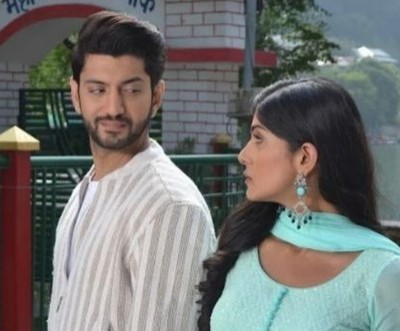 Colors' tv popular show Muskurane Ki Wajah Tum Ho is all set to showcase some huge drama in the upcoming track of the show.

As seen so far, Uma gets mad at Katha and says that she will not get calm until she gets a life partner.

When Kabir sides Katha against Uma the latter questions, Kabir, if he will hold her hand.

Kishor gets shocked to hear the conversation between Uma and Kabir.

Uma asks Kabir if he has the courage to accept Katha while the latter gets angry at Uma for treating her guest this way.

Now in the upcoming track, Katha expresses her gratitude toward Kabir for defending her honor when the hospital staff tries to ruin her reputation.

And as a gesture of goodwill, she invites him to join her family for dinner.

When Katha apologizes to Kabir, she is shocked when he proposes to her for marriage, leaving Kishore and others surprised.