Spy Bahu: Sejal to find out Abhishek being the mastermind (Latest Spoilers Alert) 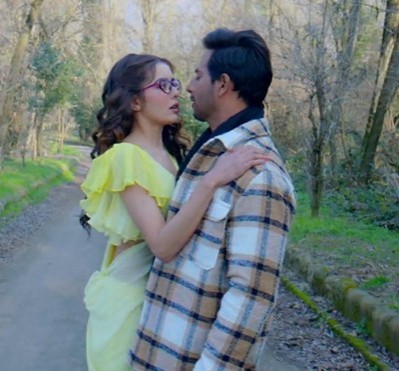 Spy Bahu: Sejal to find out Abhishek being the mastermind

Colors' tv popular show Spy Bahu is all set to showcase some huge drama in the upcoming track of the show.

As seen so far, Yohan looks at Mahira's photo and thinks that Sejal's presence makes me feel the latter's presence.

Yohan thinks that Mahira left him and now Sejal is also ready to leave and he thinks that he needs to do something.

Yohan says destiny snatched Mahira and his mother but this time he will fight for Sejal.

Now in the upcoming track, SK sir asks Sejal if Yohan is not the terrorist then it definitely has to be someone from the Nanda family.

Sejal to find out Abhishek is Farid Bhai

Abhishek messes with Yohan's car and makes a call saying Sejal and Yohan will be dead today.

Sejal tries to find out about the person in the Nandha family who is helping Shah to execute his plans.

Spy Bahu: Yohan wants Sejal in his life decides to fight for...