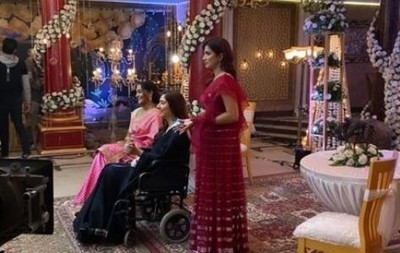 It was earlier seen that post the sindoor drama Priya falls sick and she falls unconscious on Ram.

Ram gets worried for Priya who calls the doctor immediately.

On the other side Pihu is also worried for her mother and she cries asking Priya to wake up soon.

In the series to come we will get to see many more twist where Ram and Pihu will be seen dancing together looks like Ram turns Pihu's Prince Charming too.

Ram to take care of Priya

On the other side there is one huge twist lined up where Priya will be seen in wheel chair.

Something new and big coming up to shock loyal viewers.

Will Ram take care of Priya when in need?

It would be highly interesting to see what happens next in Ram and Priya's life.

Till then stay tuned for further updates with us.