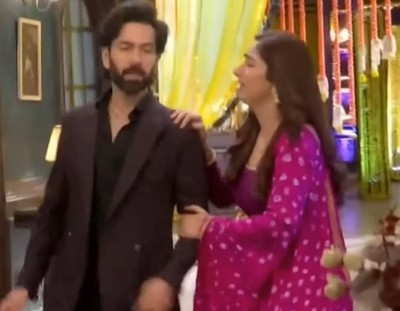 As revealed, Ram receives the DNA report of Pihu and he is shocked to know about the truth.

He turns mad at Priya for keeping him away from his own child for five years and making him beg for her.

Ram is not in a state to listen to Priya and he decides to make Priya suffer the same way he did.

Shockingly, Ram keeps Pihu with him and sends away Priya out of Kapoor Mansion.

This leaves Priya shaken and she begs Ram not to separate her from Pihu.

Priya's situation leaves Krish and Priya's family shattered and they come together to expose Nandini now.

Vikrant and Krish take a major step breaking their silence in front of Ram.

Stay tuned to serialgossip.com for further action and drama on the show.