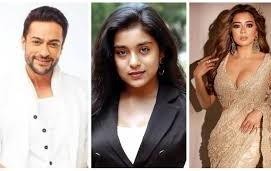 It seems that Sumbul Khan was called to the confession room as the makers of Bigg Boss were informed about her father’s illness.

During the conversation, her father categorically asked her to stay away from Shalin and Tina and instructed her to “show them their worth”.

The comment didn't go well with the family of Shalin and Tina.

And if sources are to be believed the makers have called Tina Shalin and Sumbul's family and friend.

Already Tina's mother and Shalin father has reacted on the social media to talk about the situation and how unfair was it to allow Sumbul's father to talk on national television.