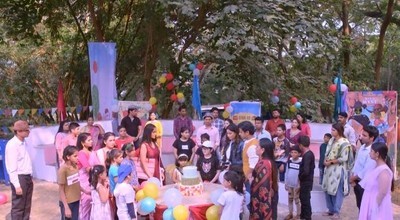 It seems Virat reaches Sayi's house where he is shocked to know about the Birthday party going on.

Virat is much upset with the fact that Sayi has hidden this truth and celebrating Savi's birthday with Jagtap instead of him.

Virat asks Savi to change and come along for the picnic where they will all enjoy themselves together and celebrate the birthday too.

Virat takes Savi along and wants Sayi to suffer back but she also goes with them to the picnic.

Pakhi is shocked to see the anniversary cake

Savi's birthday is celebrated on a large scale where the cake is called.

And shockingly on the cake it is written Happy Anniversary Virat and Sayi leaves everyone shocked seeing the name on the cake.

GHKKPM: Virat Sai go hysterical due to past memories put Pakhi in danger