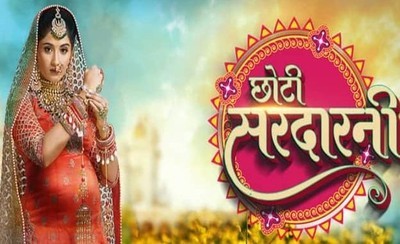 Todays Episode begins with Meher on video call with Sarab and Param. They ask each other how they are doing.

Sarab says he missed her a lot then stopped saying Param misses her. Meher asks Param if he has stepped out from home.

Paramsays he hasn’t stepped out and says he knows about this corona virus and infact always washes his hands. He also shows sanitizer saying he uses it.

Meher says she uses it too and starts using it on her hands. Sarab laughs at her saying she hardly ever takes bath and now she talks about washing hands often.

Meher says she does take bath everyday and it is him who doesn’t. They start their nokjhok and Param says Katti to both as they are fighting.

Meher and Sarab saying they are just joking. Param tells them he knows everything and asks them to promise not to fight again. They both promise.

Meher starts folding clothes as she speaks to Sarab and Param and Sarab works on his laptop.

Param says he miss her a lot and wish to have her yummy pizza and asks when she would come home.

Meher tells him that she will come as soon as this corona threat goes away. She meanwhile asks Sarab to make Pizza for Param.

Param tells her he always ends up burning it. He further tells Meher that Dolly, Harleen, Khushi, Robby all are at home only.

Meher too says her family too is staying home. Param asks Sarab that since he is super dad why can’t he go and visit Meher.

Sarab tells him its not the time to be super hero but to be understanding and smart.

Meher tells Param that Sarab is right and if at all they have to go in emergency they should wear gloves and mask.

Once returning home they should dispose the same and wash hands with soap again.

Sarab and Meher says they know even viewers miss them but its important for everyone to stay at home.

Stay with us for more updates on Choti Sardarni.

Hindi TV serial title track which one is your favourite?

Hindi TV serial title track which one is your favourite? Ye...