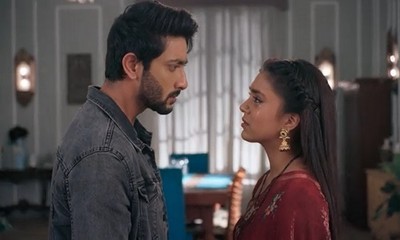 The current episode starts with Aryan stopping Imlie from bringing Madhav to the house when in actuality, the man is Sundar.

Imlie intentionally announces to everyone that Madhav has gained his consciousness and can now reveal the truth to the Police, Jyoti stands shocked.

Aryan confronts Imlie and shows his concern towards her while the latter is not ready to doubt Madhav for even a bit.

Imlie breaks down in tears and prays to Sita Maiyya to help her.

Jyoti cooks a meal for Madhav and mixes the poison in it.

Aryan sees Imlie and Madhav (Sundar) talking and wonders how Imlie can still not doubt Madhav.

He thus decides to end his chapter while Arpita comes and gives him moral support asking him to trust Imlie if he is worried for something related to her.

Arpita is concerned for Sundar when Jyoti asks her to be positive.

Imlie comes to Arpita and lies to her that Sundar has gone for an interview.

Therefore, she rushes to stop Jyoti when she finds that she took food for him.

Jyoti gets shocked seeing Madhav (Sundar) sleeping with comfort and thinks if Imlie has set any trap for her and doubts her.

Imlie comes and questions if she brought food or poison.

Shocked Jyoti eats the food to prove to Imlie that she is innocent.

However, Imlie stops her saying she just talked about spicy food as poison.

Jyoti leaves when Imlie gets doubtful as to if she suspected the wrong person.

Jyoti here starts falling sick and yearns in pain when Harry laughs and thanks to God for saving people’s life.

Harry is happy that Jyoti will die but the latter asks him to take her to the hospital if he doesn’t want Nargis to die.

Harry holds her hand and turns to leave when here Imlie gets a call from the hospital that Madhav gained consciousness.

Imlie and Sundar are happy when Neela calls Kairi.

Imlie changes her disguise and goes to Neela while the latter asks her to massage her legs.

Now, Imlie gets tensed as she has to visit Madhav and find the truth.

Harry is taking ill Jyoti to the hospital when Imlie stands shocked.

Imlie: Jyoti falls into the next trap of Imlie

Imlie: Jyoti falls into the next trap of Imlie Finally, in ...