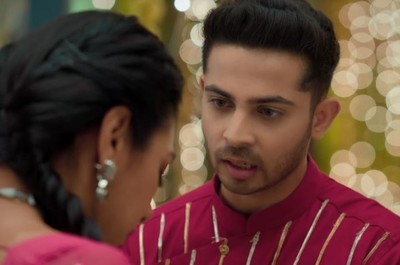 The latest episode of Star Plus Anupama begins with Anuj and Anupama sitting together where they miss Shah Oarivar when Anu comes with the Rakhi.

Anupama Anuj are impressed with the Rakhi made by Little Anu.

Little Anu wants to send the Rakhi to ashram and also tie the same to her brothers Samar Paritosh and Anuj Anupama too as they protect her.

Next day is Raksha Bandhan where they all begin the aarti.

Barkha gets an anxiety attack where she is worried for Anuj.

Ankush calms her down.

Anuj gets to overhear their conversation.

Samar marks his entry in Kapadia Mansion where everyone is happy.

Anupama feels glad to have Samar in her life.

Samar brings happiness in the family when little Anu calls Kavya and asks everyone to come to their house as Samar is already with them.

Anupama to make Anuj stand on her own legs.