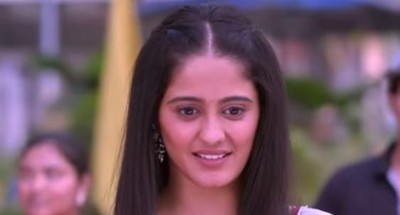 Episode begins with Virat and Pakhi going to picnic with Vinayak.

Pakhi and Virat try to boost Vinayak's mood by offering him snacks etc but he pretends to enjoy.

Virat feels he is unhappy and there Sai goes to open the door and sees a joker outside.

She gets surprised and she didn't call any joker. Whereas the joker states he came to the right address.

Savi removes his fake nose and reveals it's Jagtaap. Sai questions him for coming over without invitation.

Virat tells Sai to go to the school picnic

Jagtap says he wanted to surprise Savi on her birthday. Meanwhile Virat finds Jagtaap with Sai and Savi after reaching there.

He learns that Sai didn't inform him about his daughter's birthday.

Savi demands gift from him and he says her mother didnt tell him about this special day.

He lashes out at Sai for doing so when Savi also deserves to celebrate her birthday like normal kids.

He tells her to get ready to go to the picnic by going against Sai.

Virat says Sai can't keep Savi away from him. How dare she calls Jagtaap and not him in this celebration.

Jagtaap defends Sai that he himself came here without any invitation.

Virat tells him to stay away from his and Sai's matter.

Sai tells Virat to leave instead of arguing.

Virat asks if she finds Jagtaap more trustworthy than him and Pakhi?

He also tells her to go to the picnic as well without making any excuses.

Everyone gets shocked seeing Sai and Virat's anniversary cake.

GHKKPM: Virat Sai go hysterical due to past memories put Pakhi in danger