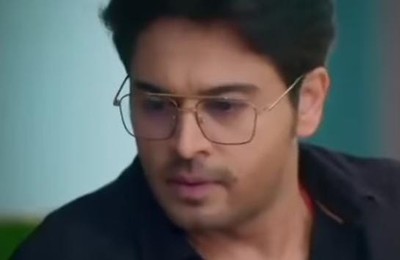 Anuj gets worried thinking about what is Maya's real intentions. Anupama says she can understand his worries.

Barkha and Ankush ask them what happened as they are not okay after the kite competition.

Later Anuj tells Anupama he cant trust Maya so he calls Abhay to know if Maya is lying.

Anupama wonders why Maya came close to Anu in her friend's farm house.

Anuj says she didn't even take their permission to meet their daughter. This is not acceptable.

Anuj gets shocked on finding that Anu is really Maya's biological daughter.

Maya there thinks that Anuj can't separate her from her daughter. Devki is back to take her child from Yashodha.

On the other hand Anuj learns Maya left Anu seven years back and after that Anuj adopted her.

He says but he can't allow her to snatch Anu as they raised her not like Maya who left her alone despite being her mother.

He says he won't even let Maya take Anu's toys. There Kavya brings perfume for Shahs and Leela refuses to take it saying she didnt earn it respectfully.

Hasmukh tells her to stop insulting Kavya's profession. Whereas Vanraj tells Kavya to leave her job but she remains adamant.

There Anu falls sick and Anuj Anupama get tensed for the latter.

Anu wants to meet Maya even in that state and Anuj tries to clam her down but she is not ready to listen to anybody. Maya arrives at that time.

Precap- Maya says to Anu she will take her back from her foster parents.

Anupama: Anuj hires a detective to investigate Maaya The up...