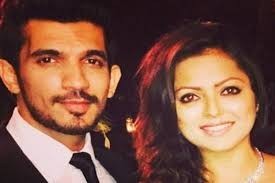 The episode starts with Chanchal pacifying Naina so as to forget Amit.

Chanchal does not even allow to send Naina back to India.

Meantime Janardhan who is the landlord of the house comes to Chanchal’s house and tells that where is the monthly rent.

Arjun brings some flowers for dadi and asks dadi to put some in flowers and starts flirting with dadi.

Dadi tells Raghav to search for the walking stick of Raghav’s grandfather.

Dadi says that if Raghav does not bring than might be dadi would have a heart attack.

Raghav promises to dadi that Raghav will get the walking stick back surely to dadi.

Naina talks to Janardhan that Naina would pay the rent in a few days for sure.

Naina tells Chanchal that she will sell off the ring and bring the money to pay rent.

Raghav finds out the stick that is sold off to some shopkeeper and tells dadi that we require some money.

Dadi gives some money to Raghav to which Raghav tells that this is too much cash and what would Raghav do with the remaining cash.

To which dadi says that Raghav can help someone with the remaining cash.

Naina comes to a shop and asks for money but the shopkeeper says that this ring would fetch only for 200 Euros.

To which Naina disappointedly tells that this ring is very costly in India and she wants more money.

Raghav gets the grandfather’s stick and he hears that some Indian girl wants money very badly and is requiring more 300 Euros.

Raghav tries to help up Naina but till than Naina is gone and Raghav could not meet Naina but Raghav tells the shopkeeper to give the Indian girl the remaining 300 Euros.

Naina is walking towards the house thinking as to what would Naina tell Chanchal about the rent.

And from behind the shopkeeper walks towards Naina and tells Naina that some Indian boy has helped up Naina.

Dadi starts shouting at Parmeshwari and asks that how did the walking stick went to the pawn shop?

Pam comes to the room and starts shouting at her husband telling that now Pam would not leave Raghav.

Naina is talking to Zeenu with and tells about Amit’s betrayal just that Naina changes the topic as Naina looks up her mother entering Zeenu’s house.

Naina’s mother and Naina talk to each other praising Amit just than Zeenu tells Naina’s mother to go as Naina and Zeenu want to talk in private.

Naina to work as night waitress in restaurant

Naina tells to Chanchal that Naina wants to go back to India to which Chanchal and Rajeev tells that how would Naina go back to India as they don't have money and gives the idea of doing a job till they get back the ticket.

Chanchal tells that Naina is not having the work permit and how would Naina work to which Naina tells that somehow Naina would manage.

Janardhan tells that Naina can do some work of housekeeping but Chanchal rejects that job.

Janardhan gives a job of being a night waitress to which Naina gets shocked.

Precap: Naina tells Arjun that Arjun would have been thinking that how is Naina's character as Naina is working in a night club to which Arjun replies that he can only see a girl who has come to Austria to fulfill her dreams.