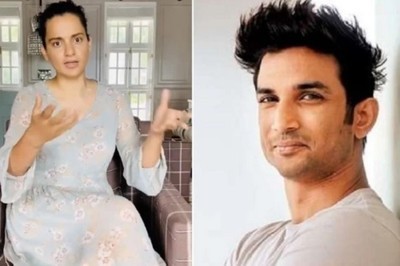 After Kangana Ranaut's statement on Sushant Singh Rajput's suicidal death, there is a new controversy in media line.

An article claimed that Kangana Ranaut's statement on Sushant's suicide was her PR stunt.

After such a stupid claim of an article, Kangana Ranaut's team slammed the reports and made a tweet and IG story statement clarifying,

‘If Ms. Ranaut’s focus was on gaining followers, all she had to do was make an account for herself, she chooses not to be on social media, she is arguably the most successful actress and can enjoy huge following. Even not so successful people on Instagram’ boast of millions of followers, so step peddling your PR agenda’.

Kangana Ranaut took a bold stand for Sushant Singh Rajput in her video after his suicidal death.

Where the fans are standing with Kangana's statement which exposed the dark world of Bollywood industry where nepotism and hypocrisy forced Sushant to die,

Kangana Ranaut is strongly agreeying with her statement.