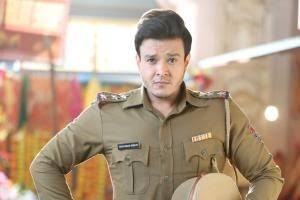 Babita, Hanuman and Minni's happy family life is going on and everything is working on well.

Here a bigger dhamaka awaits as Minni's Australian University letter comes and it has Ashok Khurana's name as Minni's father.

Hanuman couldn't take it and bursts at Minni as why she is still maintaining Ashok's name as her father.

Minni is shocked and tells Hanuman that Ashok Khurana is her father and whatever may be the circumstances he will remain.

Hanuman is super angry over the fact that Minni is not ready to take up his name and give father tag to her.