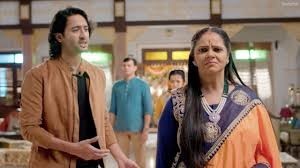 Meenakshi is super irked to see how Mehul is blackmailing her, Meenakshi is furious as she is being defeated.

While here she gets to know that Mishti also is doubtful over Mehul and trying to find about him.

Meenakshi thus plans to use Mishti and asks her to save Abeer from falling in Mehul's trap.

Mishti is already in action to find truth and she is unaware that Meenakshi is actually playing double game.

Meenakshi is using Mishti against Mehul and is playing double game where she also plans to kick Mishti out of Abeer's life.