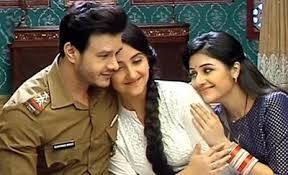 Hanuman is in shock and dilemma as he has got Ashok Khurana’s letter.

Ashok Khurana claims that Babita may have broken her relationship with him but Minni will always be connected.

Ashok has sent a letter for his daughter Minni and Hanuman couldn’t gain courage to hand it over to Minni.

Hanuman knows that it is going to affect Minni and thus he don’t want to give Ashok’s letter to Minni.

While Hanuman finally decides to not hide the letter from Minni as it is her right and Ashok Khurana is her father.

Hanuman will hand over the letter to Minni on diwali, stay tuned for more exciting updates of the upcoming episodes only on serialgossip.com