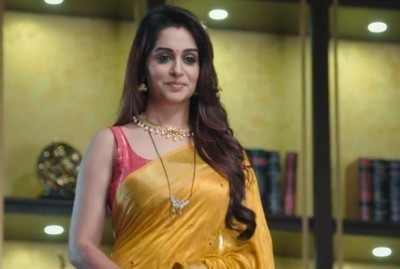 Sonakshi and Rohit's life is getting complicated as Sippy family is against Sonakshi after Pooja's adoption news leak.

Sonakshi is blamed for all, Rohit is trying to support Sonakshi infront of his family but things are not working well.

While here Sonakshi was on her way when she sees Pooja getting out of her car and a newspaper vender selling a newspaper to her.

Sonakshi is puzzled as this newspaper have Pooja's adoption news and Sonakshi in no way wants Pooja to learn about it in such a way.

Sonakshi thus doesn't think of anything and runs on road amid all traffic to stop Pooja from taking the newspaper and will get hurt.

Sonakshi will have an accident and fall on road, stay tuned for more exciting updates of the upcoming episodes only on serialgossip.com