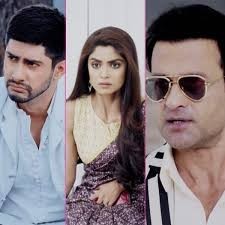 Star Plus popular daily soap Sanjivani 2 is up for new twist and drama.

Sid and Ishani are trying to find Vardhan’s truth and here they reaches bitter reality.

Sid and Ishani decodes about Vardhan’s secret ward and here they finds about the illegal activity going on.

Vardhan had been running human trials of drugs and Sid, Ishani are shocked to know this.

Sid raises hand over Vardhan as how can he stoop so low and put Sanjivani’s name at stake.

Vardhan laughs at Sid and says that he was doing this to ruin Shashank and Sanjivani’s name, while now Anjali will be defamed.

Vardhan tells Sid that Anjali has signed over all legal papers and she will be trapped in this.

Sid is shocked as Vardhan blackmails Sid to keep his mouth shut nor his sister Anjali will be in jail.

Sanjivani 2: Sid and Ishani in luxury ward to outdo Vardhan

Sanjivani 2: Ishani alarms Sid to save Sanjivani from evil Vardhan