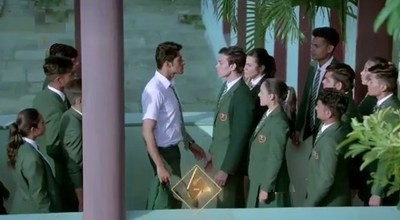 So far seen how Shravan and Suman have a major clash and heated argument as soon as Shravan's father get Shravan's admission in the army school.

The tussle between Shravan and Suman has never been good but they always end up in a fight.

The new promo of the show has hit the screens and it is the beginning of war between the civilian and the army world.

Shravan gets tortured by the army students where Suman is also involved.

Meanwhile when Shravan notices other civilian students facing a hard time between the army students,

Shravan turns lead of his civilians team to face off the cruel army students who have pride of belonging from army family.

Shravan and Suman face off for the war where the clash between civilians world and army will be seen.