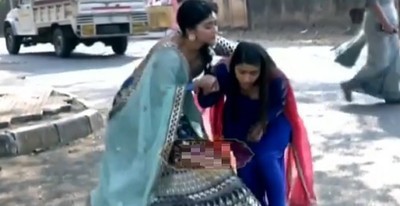 Star Plus popular TV show Yeh Rishta Kya Kehlata Hai is up for some high voltage drama and twists and turns in the storyline.

Kartik and Naira's relationship is facing a crucial time after all how Naira decided to get Luv and Kush punished for their crimes.

Luv makes Trisha believe that no one will support her and not even her Teena aka Naira di.

Trisha feels heartbroken thinking she will really not get justice.

Heartbroken Trisha leaves crying while she recklessly runs on road.

Naira gets to see Trisha and thus follows her while before Trisha could get hurt, Naira holds her and saves her.

Naira gets Luv and Kush arrested

Naira realizes that the boys will not accept their mistake and wil not feel regret until they get punished.

Thus, Naira calls police and gets the boys arrested.

Where Naira has taken such drastic step, Kartik misnderstands her.

Let see what will happen next in the show.

Misunderstandings to grew intense between Kartik and Naira post Naira calls Police in Yeh Rishta Kya Kehlata Hai Kartik and Naira’ relation is going to face a hard time in the ...