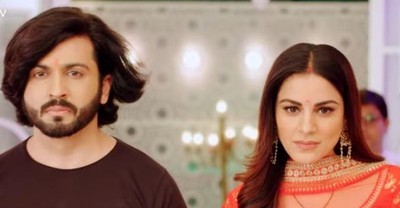 It was earlier seen that Karan as usual humiliates Preeta and throws her out of his house.

Broken Preeta comes back to Sarla who builds courage in her.

This time Sarla pushes Preeta back in Karan’s life where she reminds her the real motive of marriage that is Mahesh not Karan.

Preeta agrees and makes her strong comeback in Luthra House with the help of NGO ladies, media and Police.

Karan does not want to defame his family before entire world.

Therefore left with no other option Karan has to accept Preeta as his wife.

But Karan has a secret plan to make Preeta’s life equal to hell in his house.

Let’s see how Preeta concentrate on her motive and tackle Karan at the same time.