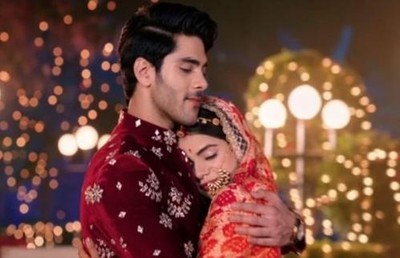 It was earlier seen that Virat and Heer gets married.

There were many ups and downs in Virat and Heer's life but the duo are now half married.

Now big task for Virat is that Heer is still unaware of the fact that she is Kinner although she is educated.

Heer is fed up by unseen side of Virat's romance.

Heer confronts Virat for teaming up with Preeto

Heer wants Virat to romance her and take her for honeymoon but Virat changes the topic stating their marriage is half done.

While Heer wants to romance Virat and hence she blames Virat for supporting Preeto instead of her love.

It would be fascinating to see what happens next on the show when Heer learns her real identity of Kinner.