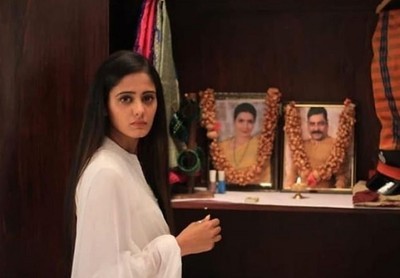 Sayi breaks down in tears and blames Virat for her Aaba's death.

Not only Sayi blames Virat but she also curses him.

Sayi's such challenge shocks Virat while Virat is himself fighting with a tough time.

Virat and Sayi are already facing shocking circumstances in their life.

Now, what will happen next in Ghum Hai Kisi Ke Pyaar Mein in Virat and Sayi's life?