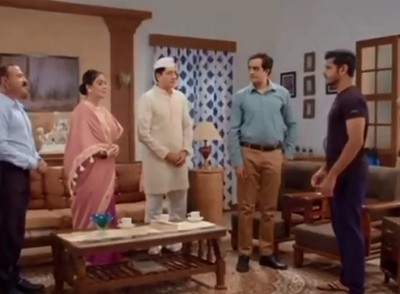 Star plus serial Gum Hai Kisi Ke Pyaar Mein is up for more dramatic track when Virat will marry Sayi.

Sayi gets critical when Virat donates his blood to Sayi and saves her life.

Sayi's Moushi and the other officers want Virat to marry Sayi because then only he can fulfil his promise made to Kamal.

Finally, Virat will announce his decision of marrying Sayi because his duty is more important for him than his love Pakhi.

Even so, Pakhi will not accept Sayi and Virat's marriage because she wants Virat to stay loyal to the promise he made to her.

Virat chose Sayi over Pakhi and this is the best he could do for everyone's betterment.