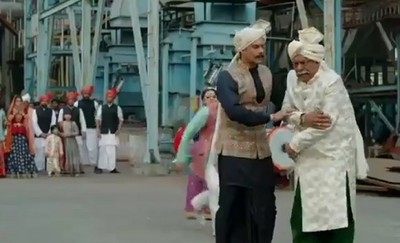 Virendra and Purvi meet again and again after all their fates are tied together.

Mamaji urge Virendra to get remarried but Virendra is adamant on his decision.

Mamaji gets angry and calls his men to destroy the Sakshi mill.

Virendra established the Sakshi mill in the name of his late wife Sakshi and stops Mamaji.

Mamaji in the fit of rage suffer a heart attack and is rushed to the hospital.

Virendra and Purvi again meet in the hospital when Virendra finally agrees to Mamaji's deal.

Mamaji finally turns matchmaker for Virendra and Purvi where soon he along with Virendra's mother reach at Purvi's house for the marriage alliance.

The duos Virendra and Purvi are going to make a huge compromise.

Let's see how this unusual relationship of Marriage between Virendra and Purvi will work out.