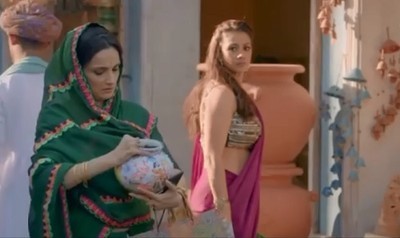 Nandini is preparing her remarriage with KT where KT and Preeti are the wedding planners.

Nandini and Kusum have a coincidental meeting in the market where Kusum is purchasing mud pot.

Though Kusum purchases it before Nandini, jealous Nandini trips Kusum and makes her fall.

Kusum gets so pissed off that she clicks her pic to find her later.

When Kusuma shows Nandini's pic to Preeti, Preeti gets shocked to know the full story.

KT already showed Nandini's pic to Preeti. Now when Preeti sees Nandini's pic with Kusum, Preeti tracks down if she is Arjun's mother.

Preeti decides to catch Nandini red-handed when she will collect her dress.

Let's see if Preeti could save KT from the unwanted marriage with his ex-wife and her evil motives.