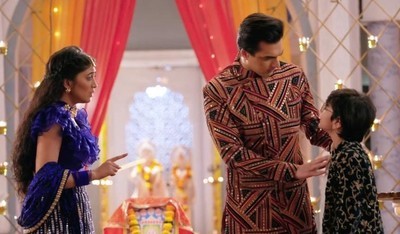 It was earlier seen that Naira feels Kairav is guilty for Vansh's fall from terrace.

Kairav reveals that he didnt push Vansh but Naira refuses to believe and questions him.

Kairav hides the truth from Naira as he gets scared where Naira earlier promised to support him but in return shouted at him like mad lady.

Kairav fears and hides the truth as Naira will once again misunderstand him.

Naira sets a wrong example for Kairav by breaking the promise made again and again.

Kairav runs from the house fearing to get arrested.

In the turn of events Kairav trips and meets with deadly accident.

Naira and Kartik are shocked.

YRKKH: Kartik and Naira's no trust on Kairav to bring tragedy after tragedy in Goenka family