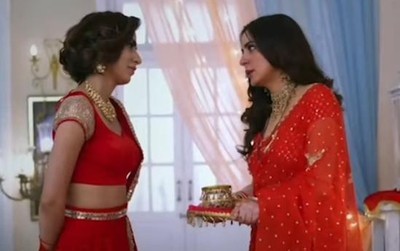 It was earlier seen that Mahira wanted to fast for Karan but Preeta keeps her fast.

Preeta consumes the same and at the end of day she collapses.

Preeta comes to know that Mahira poisoned her food while Mahira shifts the entire blame on Sarla.

Kareena and Dadi also believes Mahira but Preeta is aware of the reality.

Mahira is not ready to lose and hence she warns Preeta to sacrifice her love for Karan or else lose the entire family.