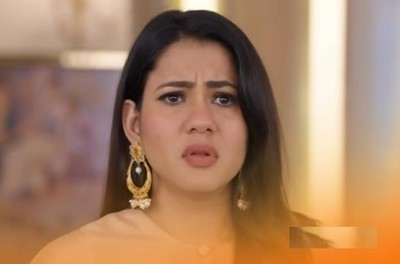 It seems Akshay is in hotel room with a girl where Preeta reaches there with entire family.

Preeta reaches in Akshay's room where he is seen with two glass of drinks and girl in washroom.

Preeta tries to open the washroom door but it is locked from inside.

On the other side Kritika also gets to witness the drinks and believes Preeta this time.

Kritika feels sorry to love Akshay and trust him while Preeta does not waste time and breaks the alliance without Kareena's permission.

Unfortunately the girl manages to escape on time when Preeta fails to expose Akshay this time too.

Preeta is blamed again by Kareena who ousts her from the shock.

Kritika was shocked with Akshay's cheat, but will she give him one more chance and agree to marry him?