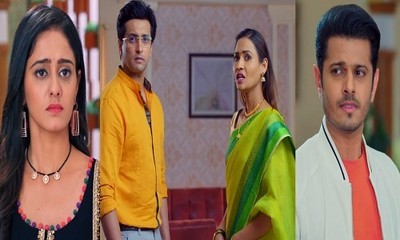 Sayi fights the entire family to meet Pulkit so that she finds his relation with Devyani.

However, when Sayi meets Madhuri whom Harini calls Mom, Sayi ends up hopeless.

Sayi realizes that Pulkit married Madhuri when Devyani is still waiting for him.

Sayi feels disgusting at the sight of Pulkit's family truth.

Meanwhile, Sayi faces another shocker when Pulkit finally confirms that he used to live in Chavan family.

The new trouble is waiting for Virat and Sayi after the revelation of Pulkit and his family.

Sayi decides to wrap up the matter because Pulkit is already married to Madhuri.

However, the twist is that Pulkit still loves Devyani and Madhuri is not his wife.

So, how Virat and Sayi will unite Pulkit and Devyani and know the Chavan family's evil past.

Read the new updates at SERIALGOSSIP.COM to know more.