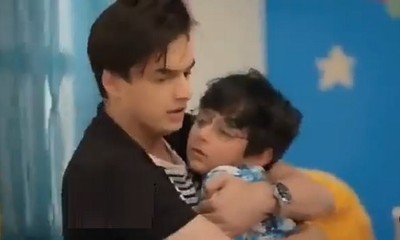 Kartik insults Sirat and ousts her from the party.

Kairav misses Sirat so much that he faints losing his conscience.

Suddenly, Kairav's health starts to deteriorate due to depression.

Kartik and the family hospitalize Kairav but all in vain.

The doctor then asks Kartik to bring Sirat as she is Naira's lookalike and Kairav's health may improve because of her.

Kartik feels reluctant to give Naira's place to Sirat but he is helpless.

Consequently, Kartik brings Sirat as Naira to bring Kairav out of his depressive state.

However, will Sirat become Naira after how Kartik insulted her and accused her of using Naira's face?

Check out the new updates at Serial Gossip to know more.

YRKKH: Kairav collapse Kartik in fix to call Sirat back as Naira