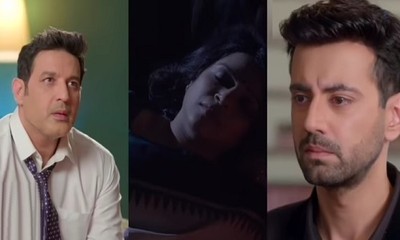 Shaurya and Shaan get into a drastic fight when Shaurya finds about Astha.

Shaurya breaks his relation with Shaan because Shaan is still in contact with Astha.

Shaurya hates his mother but Shaan knows the truth of her sacrifice.

Further, the death twist comes when Anokhi's brother mistakenly shoots the gun at Astha and Astha falls from the building.

Poor Astha falls into the death trap when she recalls all her lovely times she spent with baby Shaurya and Shaan.

However, Astha will survive life but her survival will bring the shocking truth before Anokhi.

Anokhi follows Astha to the hospital when Shaurya unveils his intense hatred for her.

Consequently, Anokhi becomes Shaurya's partner in pain after Shaurya argues with Astha and leaves in a heartbroken state.

Anokhi feels bad for Shaurya when Shaurya cries revealing his hate for his mother Astha who left him in childhood.

How Shaurya and Anokhi will become each other's healer in their tough times,