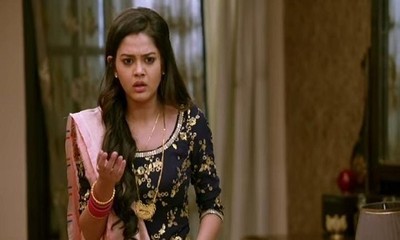 Virendra and Purvi are coming closer to each other.

Meanwhile, here Vaibhav has lied to Purvi about Priyashi stayed at her house.

Purvi agrees with Vaibhav but soon she faces a huge shocker when she finds blood in Vaibhav's room.

Purvi gets her hand on blood and stumbles in shock.

Purvi confronts Vaibhav and questions about the blood but Vaibhav lies again.

Virendra and Purvi to find truth

Virendra and Purvi are completely unaware of Priyashi's murder truth.

Consequently, Purvi is suspicious of if the blood has some connection with Priyashi's no whereabouts.

Will Purvi be able to find the truth or some tragedy will happen?

Stay tuned with SERIALGOSSIP.COM and read the new updates.

Molkki: Purvi says I Love You gets Virendra nervous

Molkki: Purvi says I Love You gets Virendra nervous Colors ...