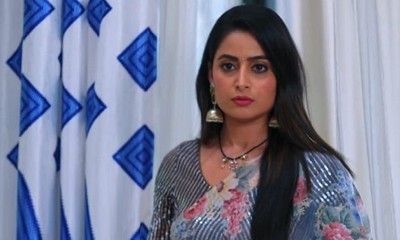 So, Ashwini gives a major reality check to Virat and makes him realize his mistakes.

Virat is apologetic yet regretful for hurting Sayi.

Sayi decides to leave the Chavan house and her decision shocks Virat.

Virat fears losing Sayi and that because of his own faults.

Virat holds Sayi's hand and gets concerned about the wounds that he gave to her by twisting her hand.

Virat apologizes and tells Sayi that he was worried for her because she is innocent and she doesn't know her professor very well.

Virat reveals to Sayi how tense he got when she visited her professor at his house.

Sayi understands Virat's concern while Virat tells about how he planned lunch with her because he only gets one Sunday off.

Sayi then cutely says that she is hungry and thus Virat gets in action to plan a romantic dinner for his Sayi.

Virat cries and apologizes to Sayi. The duos patch up while Virat orders all the favourite food of Sayi.

Virat arranges a lovely date as his apology to Sayi.

However, this gets Pakhi super pissed off when she sees Virat feeding Sayi.

Check out the whole story at SERIALGOSSIP.COM