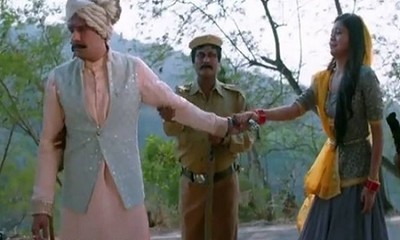 After Purvi gets suspicious behind Priyashi's absence, Purvi starts to investigate the truth.

Purvi and Virendra face a huge shocker when Sudha's friend reveals to them about Vaibhav kidnapping Priyashi.

Finally, the truth gets exposed and Priyashi falls shattered knowing the accidental death of Priyashi.

This much isn't enough that the situation deteriorates when Virendra shoots the gun at Vaibhav who tries to elope from Police custody.

Furious Virendra shoots Vaibhav and this stumbles everyone to the core.

Vaibhav will survive or not is the talk of the latter but poor Virendra will now go to jail.

The police arrests Virendra in an attempt to murder charges,

How Purvi will save Virendra after she hasn't yet recovered from Priyashi's death news.

Stay up to date with serialgossip.com for more updates and the latest news.

Molkki: Purvi says I Love You gets Virendra nervous

Molkki: Purvi says I Love You gets Virendra nervous Colors ...