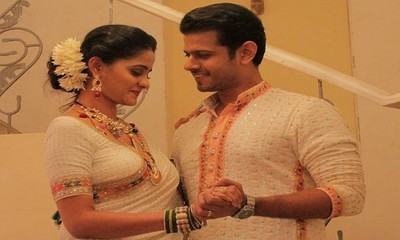 Virat and Sayi patch up their relationship when they also stand together against Pakhi's taunts.

Pakhi is superly pissed off seeing Virat and Sayi coming closer to each other.

Pulkit's major entry in Chavan mansion on the eve of Mahashivratri is what will see a challenging time in Virat and Sayi's life.

Though Sayi is the one who found Devyani's husband Pulkit,

Virat will not offend Sayi but he will stand in Sayi's support.

Virat and Sayi come together to unite Pulkit Devyani

Undoubtedly Bhavani and her gang will refuse to have known Pulkit.

However, Virat and Sayi will together turn the table the moment Pulkit will reveal the past to everyone.

A lot more exciting yet challenging is coming up next in Sayi's life but Virat's support to Sayi will add twist to the tale.

So, make sure you check out the new updates at SERIALGOSSIP.COM