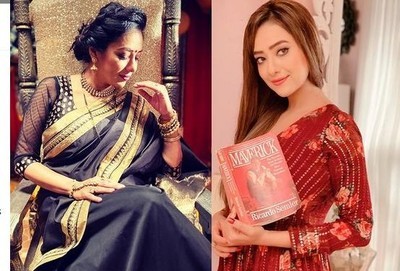 The upcoming episode of Star Plus serial Anupama has some interesting twist in store for loyal viewers.

It was earlier seen that Kavya has marked her goody goody entry in Shah family.

Pakhi is very well aware of Kavya's drama and wants her to stay away from Vanraj.

Further Pakhi does not stop and warns Kavya while Kavya is not going to lose before Pakhi who is just a mere kid for her.

Kavya is happy that she defeated Anupama and does not pay heed to little Pakhi.

While Pakhi gives Kavya a tough competition and decides to expose her.

On the other side Kavya is well groomed where this time she has decides to marry Vanraj.

Moreover post marrying Vanraj she also decides to stay with Vanraj in his house along with Anupama and Shah family.

Anupama: Kavya marries Vanraj to throw out Family Star Plus...

Anupama: Kavya butters Anupama with an ulterior motive In t...

Anupama: Vanraj ignores Kavya to cut cake with Anupama The ...