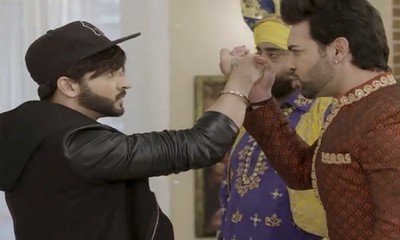 Karan is back to home but faces a huge shocker when he comes to know about Prithvi.

Karan, Preeta, and the entire Luthra family are shocked to the core seeing Prithvi and Kritika married.

This much isn't enough to shock the family that Kritika defends Prithvi against everyone in the family.

Karan turns to beat Prithvi but Kritika saves Prithvi calling him her husband.

Preeta and Karan both are confused with Prithvi's such disgusting deed while Prithvi married Kritika only to take his revenge on Karan and Preeta.

So, how Karan and Preeta will beat Prithvi in his own dirty game,

Keep reading SERIALGOSSIP.COM for more updates and the latest news.

Kundali Bhagya: Not Preeta but Karan to expose Akshay on wedding day

Kundali Bhagya: Not Preeta but Karan to expose Akshay on wed...