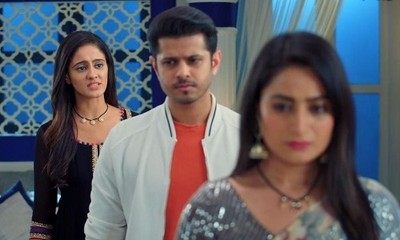 Virat and Sayi's relationship is facing quite a hard time amid Pakhi taunts.

Virat and Sayi's romantic time is unfortunately interrupted by none other than Pakhi.

Pakhi claps for Virat and Sayi's patch up and taunts them like never before.

This time, Virat is offended by Pakhi's taunts and questions her for always picking a fight with Sayi.

Pakhi is shocked to see Virat's attitude towards her.

Pakhi calls Virat a betrayer and shames his friendship that he promised to her.

Sayi defends Virat and counts on Pakhi when Pakhi keeps crossing the line.

Consequently not anymore because Virat indirectly compels Pakhi to stop interrupting his and Sayi's life.

So, how Virat and Sayi will face the new challenges in their love life,

Keep reading serialgossip.com to know the next new updates.