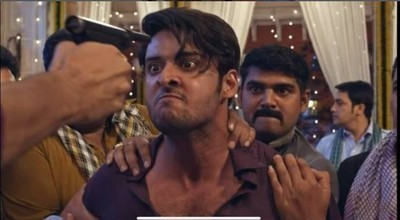 As per ongoing track of the show Uday gets furious that because of Farooq, Brij is no more .

And Farooq is also showing havoc over Vashma and Amrit where he wanted to marry Amrit and Uday fumes with anger.

However where further amid all this, Farooq and Uday gets indulged in ugly fight where Farooq and his men captivated Uday at same.

Not only this, Farooq points gun at Uday to kill him where Randhir later turned reason to safeguard Uday from all this.

It would be interesting to see what will happen next in show KUDCA.

Stay Tuned with us for more exciting updates and upcoming twists in the shows.

Kyun Utthe Dil Chhod Aaye: Uday and Brij gets into action to...

Kyun Utthe Dil Chhod Aaye: Uday in major fix to save Vashma or Amrit amid riots