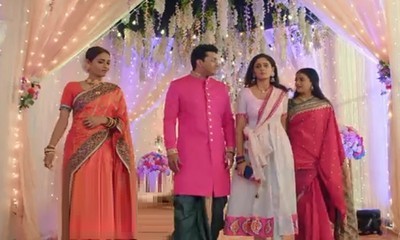 Pulkit and Devyani unite to complete the rituals and tie their wedding knots.

However, here Virat comes to know that Sayi took Devyani to Pulkit and is quite disappointed at Sayi’s such drastic step.

Virat rushes to the wedding venue when everyone gets shocked to see the wedding of Devyani and Pulkit.

What is more shocking is that Sayi stops Virat’s way and compels him to step back.

Virat and Sayi’s love falls in a troublesome situation

While Sayi knows everything, Sayi chooses to stay silent.

When Sayi is getting Devyani and Pulkit married and Virat has developed hate for Sayi,

What will happen to Virat and Sayi’s love is worth watching next in the show.