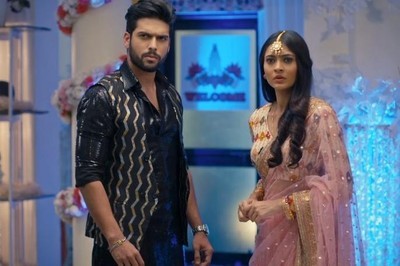 It was earlier seen that Raghav and Pallavi had developed a special feeling for each other.

Unfortunately owing to many misunderstandings the duo are always at logger heads and wants revenge from each other.

Raghav wants to expel Pallavi from Hyderabad within mentioned days.

Sulochana puts the entire blame on Pallavi for being pregnant.

Sulochana blames Pallavi that Raghav might have impregnanted her.

Pallavi is much shocked and helplesses takes the entire blame on self.

In real Pallavi takes Keerti's blame on self where Raghav misunderstands her and blackmails her to marry him.

Mehndi Hai Rachne Wali: Raghav and Pallavi's sneak out gets ...