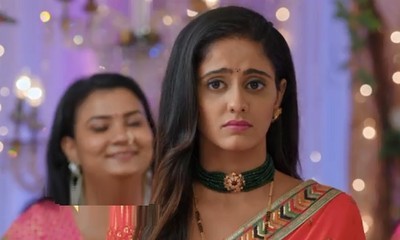 In the upcoming episode of Ghum Hai Kisi Ke Pyaar Mein, a lot will happen in Virat and Sayi’s life on a drastic note.

Yet now, it is seen that how Sayi gets Devyani eloped and takes her to the wedding venue.

Sayi and Virat have a major showdown when Pulkit and Devyani take wedding rounds.

Virat is super pissed off at Sayi’s drastic step of getting Pulkit and Devyani married.

On returning home, Virat gives a drastic punishment to Sayi as he takes a dire step against her.

So, what will Sayi do after Virat ousts her from the Chavan house,