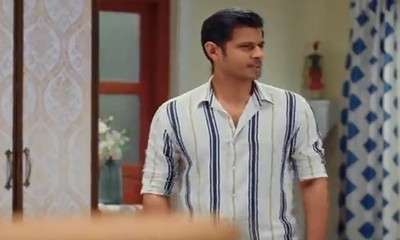 Sayi gets Devyani eloped while here Pulkit and Madhuri reach the wedding venue.

Virat gets tensed after not finding Sayi but when Pakhi’s parent’s reveal about Sayi and Devyani in the cab, Pakhi uses this opportunity to instigate Virat.

Pakhi compels Virat to track down Sayi as she must have taken Devyani to Pulkit.

Virat gets furious when Pakhi confesses that Sayi got Devyani eloped only to insult the dignity of the Chavan family.

Pakhi pulls a string and convinces Virat with her interpretation which leads to Virat’s misunderstanding.

The situation is going out of control because Virat believes that Sayi is wrong and his family is right when in actuality the victim is Pulkit, not the Chavan family.

Virat stands against Sayi for getting Devyani and Pulkit married while Pakhi leaves no chance to instigate him.

So, how Sayi will prove the truth and if she will choose to silently mark her exit?